Magnesium is one of the elements forming chlorophyll, so that there is a magnesium atom in each chlorophyll molecule and the presence of this element is crucial for the formation of this molecule.

Magnesium plays a key role in activating the enzyme system and phosphorus enzymes that are effective in absorbing other elements.

Magnesium also plays a significant role in the metabolism of carbohydrates, and also contributes to plant respiration by participating in the citric acid cycle.

Magnesium is also involved in protein synthesis, thus, the presence of sufficient magnesium is important for trees like greengage, peach, and citrus, which produce stone fruits in order to produce stones and seeds.

Magnesium plays a significant role in increasing the amount of oil in oil plants such as almonds, walnuts, and olive.

Magnesium is a dynamic material in the plant and easily moves inside the plant. If the plant experiences magnesium deficiency, the element will be transported from older leaves to younger leaves and fruits. Therefore, magnesium deficiency is better observed in older and lower leaves o the plant. In this case, the older leaves go pale, and the distance between the veins becomes yellow. Moreover, a small necrotic spot appears between the veins and around the middle part of the vein, which may finally cover the middle of the leaf in an ellipse shape. The physical structure of the leaves also changes in case of magnesium deficiency, as the leaves twist from the edges and the tip and take a tubular form.

In cases of severe magnesium deficiency, the petiole part is wrinkled and the leaves take a hung position. Furthermore, purple spots and fine spots in bright green color can be observed between the veins, which become gradually white as the disease is exacerbated. These spots may lay abundantly along the leaf. Although the leaves may remain for a long time, they are ready to fall at any moment, and they will fall if conditions are undesirable.

Symptoms of this deficiency occur mainly in the late summer and autumn when the fruits ripen, however these symptoms may appear in every season.

Magnesium deficiency makes the size of fruits small and reduces the percentage of solids and vitamin C, in addition to decreasing the plant resistance to cold.

Magnesium and other elements

Calcium and magnesium are both soil alkaline elements with the same behavior in the soil, but the amount of calcium in the soil is usually higher in comparison to magnesium. It is worth noting that magnesium is stronger than calcium in increasing the soil pH and increases it to more than 8.5. This can even cause poisoning of the trees.

Magnesium is absorbed into the plant as the Mg2+ ions and its absorption rate depends on the degree of soil saturation, its exchange capacity, clay and the elements in the soil, and soil type. For instance, in calcareous soils, due to the antagonistic effects with calcium (calcium absorption), relatively severe deficiencies can be witnessed. Magnesium deficiency is also more found in gardens with sandy soils. The excessive amount of potassium and nitrogen in the soil makes it difficult for the plant to absorb magnesium due to the competitive effects. Magnesium deficiency can be observed in soils that are fertilized with potassium or fertilizers containing nitrogen in an uncontrolled and unscientific way. Besides, excessive irrigation causes magnesium to be washed and transferred to deeper areas of the soil.

Excessive copper increase and toxicity in the soil can be compensated for by the use of magnesium.

Magnesium sulfate fertilizer produced by Dezpart Gohar Kimia Sepehr Co. is one of the most widely used sources of magnesium used in garden and agricultural crop production. The crystalline magnesium sulfate produced by this company is fully dissolved in water and in addition to soil cultivation, can be used for various irrigation and hydroponic systems.

This fertilizer can be added to the soil before planting in combination with other fertilizers required by the plant, allowing the seed to germinate sooner, in addition to increasing the protein content of the crop. The time of use of this fertilizer is the late year in gardens and before planting in the agricultural crops. Due to the presence of sulfate ion in its structure, this fertilizer, also makes sulfur available to the plant in addition to magnesium, and meets the plant’s need to this important element to some extent. Magnesium sulfate fertilizer is more commonly used in the high-precipitation areas.

Applications of magnesium sulfate include trees such as kiwi, citrus, pistachio, grapes, apple, and crops such as rice, legumes, irrigated wheat, and oilseeds such as walnuts, almonds, olive, and especially sunflowers, and cotton, and vegetables such as celery, tomatoes, onions, and potatoes.

Magnesium sulfate fertilizer also prevents the grapes cluster from rotting and increases the number of grapes in each cluster.

It is strongly recommended to use any kind of fertilizer based on the soil test result, and only after consultation with the experts. Magnesium sulfate, besides being used as a micronutrient in agriculture, is also exploited in industries such as the alcohol and yeast industry, oil well drilling industry, pharmacy, and significantly in bird and livestock feed. 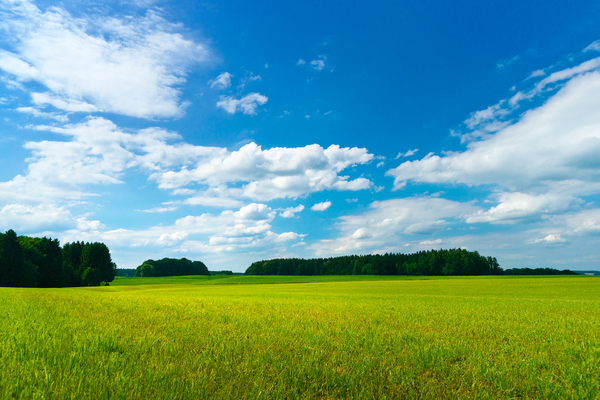